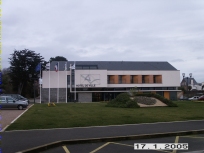 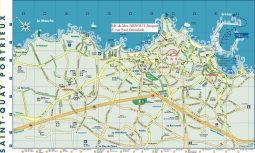 Civil wedding ceremony in the city hall of Saint-Quay-Portrieux at 2:30 p.m. 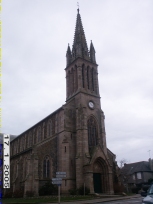 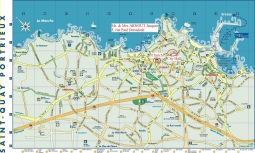 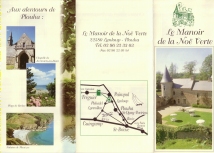 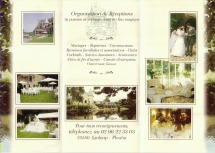 Cocktail and banquet will both take place at the "Manoir de la Noë Verte".

The cocktail will start the festivities from 5 p.m. to 8 p.m.. It will be served in the Manor's garden or in the reception room (all the same with a nice view on the lake ;-)) depending on the weather.

From 8 p.m., once the cocktail is over, the banquet will start until late at night ;-)

Cocktail and banquet will of course be with music. Animations and dance will be in favor so that everybody has a very nice time and makes this day simply unforgettable!

On the practical side, if you have children, please don't hesitate to take them with you, everything is ready to welcome them: baby-sitters who will look after your children during the whole party (each baby-sitter will take care of a small group of children with the same age), special table and children menu, but also playroom for the youngest ones and video equipment for the oldest ones.

Here is a list of hotels located nearby (less than 10 miles away from) the "Manoir de la Noë Verte":

Hotel residence in Saint-Quay-Portrieux (10 miles from the Manoir)

Relais d’Armor (7 miles from the Manoir)

Hotels near Saint-Brieuc (25 miles from the Manoir)

Hotel Formule 1 (near the freeway)

Hotel 1ère classe (near the freeway)

Hotel CAMPANILE (near the freeway)

How to go to Saint-Quay-Portrieux

TGV station at Saint-Brieuc (about 14 miles away from Saint-Quay-Portrieux).
Several TGVs a day, in particular from Paris (Paris Montpartnasse -> Saint-Brieuc, direct connection corresponding to the TGV line Paris -> Brest).

When you arrive in Saint-Brieuc, you can take the bus until Saint-Quay-Portrieux.
(Duration: about 45 minutes, because the bus is driving through many small villages.)
You may also want to take a taxi from Saint-Brieuc's train station.

When you arrive in Rennes, the best is to rent a car and drive to Saint-Quay-Portrieux. (Duration: about one hour and a half.)

Your presence is already the nicest present but if you like to contribute to our settling in, here is the wedding present list we established with 1001 Listes. Thank you in advance!

To give us a gift, you have two possibilities:

Note: You can make a contribution to a gift. For example, if you want to give us some plates and we indicated "Quantity: 18", you do not have to give us the 18 plates. You can give us the quantity you want (for example, 5 plates). Another example: if you want to contribute to a gift for which it is written "Quantity: 1", it is also possible. You can make the contribution you like (for example, give 50 euros for a gift that costs 100 euros).